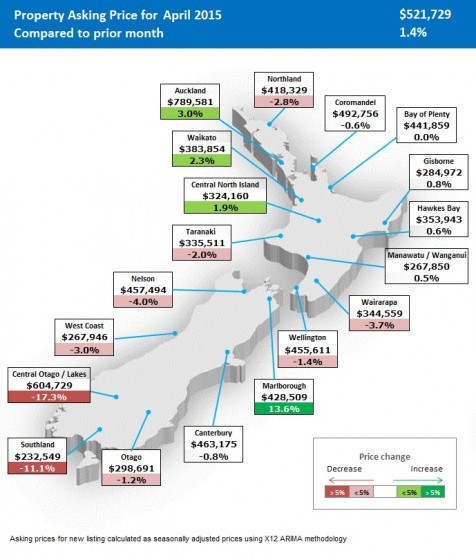 Auckland average asking price inches up to new high of $789,581.

The New Zealand property market in April continued the trend of the last four consecutive months with yet another increase in average asking price, creating a new record of $521,729, an increase of 1.4% on the previous month.